Do you know about the Momo challenge? Currently, the Momo challenge is sweeping the Internet persuading people to self-harm as instructed by a threatening Japanese sculpture. This intimidating viral craze has resulted in several casualties’ scaremongering users of the Internet from countries such as Mexico, Argentina, U.S.A, France and India. Digital minister, Margot James, has announced that social media companies could be forced by law to remove illegal content and sign a code of conduct protecting vulnerable users. This Internet epidemic has even featured in innocent children’s cartoon such as Peppa Pig and the popular video game Fortnite. Social media is a massive influence on the new generation with British teenagers spending an average of 1-3 hours on these platforms. The content displayed heavily influences their life choices so therefore I believe there should be more rigid age and identity checks to prevent inappropriate content from being uploaded. I interviewed a range of Uxbridge High School staff to see their viewpoint on this twisted issue.

Miss Hanif believes the young children are very vulnerable so therefore there should be tighter laws about the content displayed and whether they are insighting hate or promoting self-harm. “You wouldn’t give a loaded gun to a child so why give the Internet without relevant safeguarding?”

On the other hand, humanities teacher, Miss Brown believes people who have a suicidal mindset can be easily triggered by content which non-suicidal people might find acceptable. She also thinks social media websites are doing all they can whilst respecting the human rights of freedom of speech.

All in all, people have different views on whether The Momo Challenge was a joke that rapidly escalated out of control or a sinister social media attack that targeted vulnerable people. 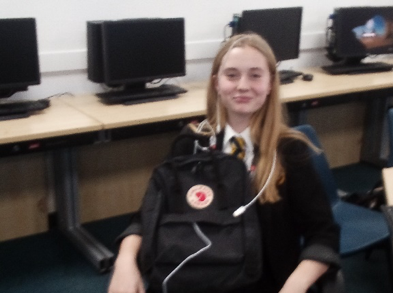