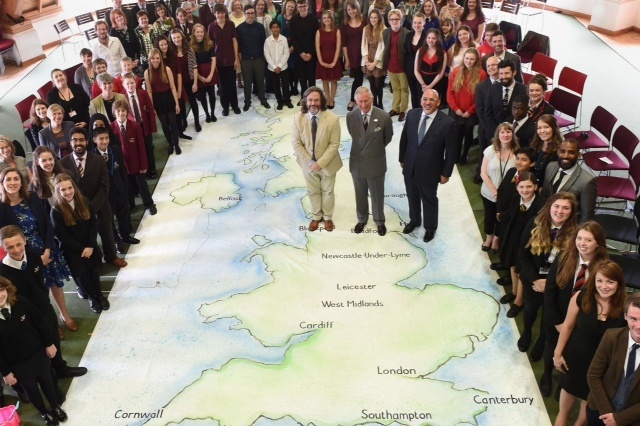 Uxbridge High School has been a dedicated member of the Royal Shakespeare Company’s Learning Performance Network (LPN) for numerous years. We were first chosen by the Royal Shakespeare Company (RSC) to play a major role in its highly-regarded national education programme in 2012. Since then, our partnership with the RSC flourished: we became a ‘hub’ school on the RSC’s three-year LPN programme and the RSC’s core vision and purpose are truly aligned to our own. We believe in the importance of transforming children’s first experiences of Shakespeare. Young people experience Shakespeare best when they do Shakespeare on their feet. As part of the intensive teacher training the RSC has provided, we have learned the skills necessary to teach Shakespeare in a more active way, engaging and inspiring students, using techniques similar to those used in RSC rehearsal rooms.

The collaboration with the RSC has also given UHS the chance to work with Intermission Theatre, which has an outstanding reputation for making Shakespeare accessible to young people.  We have made such close ties with the company that two of our alumni students are now part of Intermission Youth Theatre and have performed in two outstanding productions. Intermission’s fresh outlook on Shakespeare has redefined attitudes to studying the plays in Uxbridge High School.

We firmly believe in the power of the arts and the crucial role they play in the development of our students. For this reason, many of our students will get the chance to watch professional live productions of Shakespeare’s plays, including recently, Henry IV Part 1 and Henry V. We have also taken annual visits to Intermission Theatre to watch plays and the theatre company has performed ‘Verona Road’, a version of Romeo and Juliet, at UHS for whole year groups and audiences of parents. In spring 2014, the RSC visited the school with a production of Taming of the Shrew, which was specifically created for younger audiences and there was an opportunity for all students to be in the audience.  It is always a pleasure taking our students to watch Intermission Theatre in action; in 2018 we were invited to see ‘Guilt Trip’, a performance based on Shakespeare's 'Much Ado about Nothing'. This was a fantastic opportunity for our students to experience the magic of theatre and participate in a live Q&A with young, up-and-coming actors and actresses. 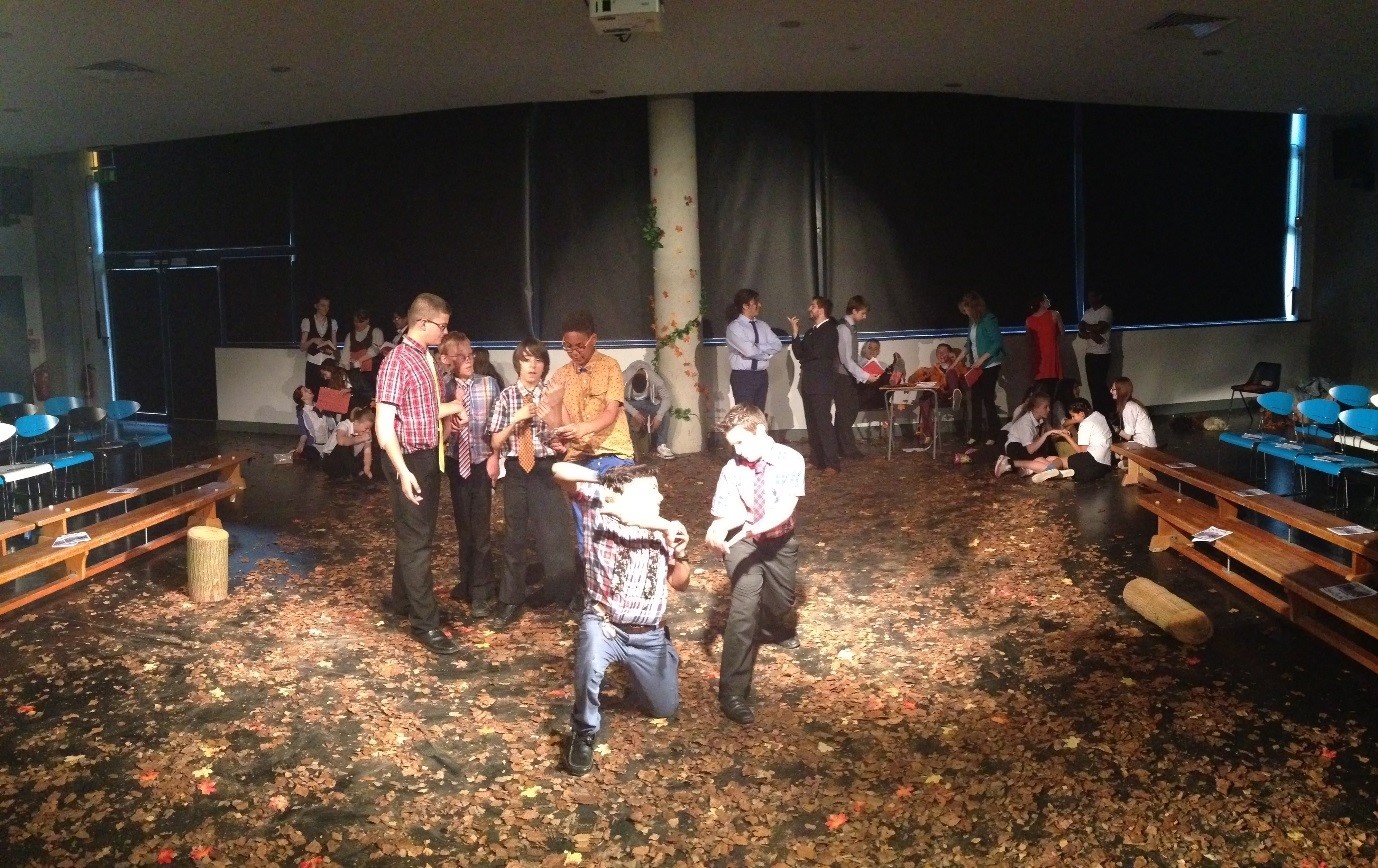 We have also been able to provide workshops for students with practitioners from the RSC and Intermission Theatre and our students have taken part in residential trips to Stratford-upon-Avon, where they have had the chance to have workshops with industry professionals and backstage technicians who work at the Royal Shakespeare Theatre.

Each year, we worked with artists from the RSC and Intermission Theatre on a Shakespeare Festival collaborating with local primary and secondary schools such Whitehall Primary; Hayes Park Primary; Haydon and Vyners schools. The Festival has well and truly become a Summer tradition at UHS and we hope to plan many more Shakespeare Festivals in the years to come. 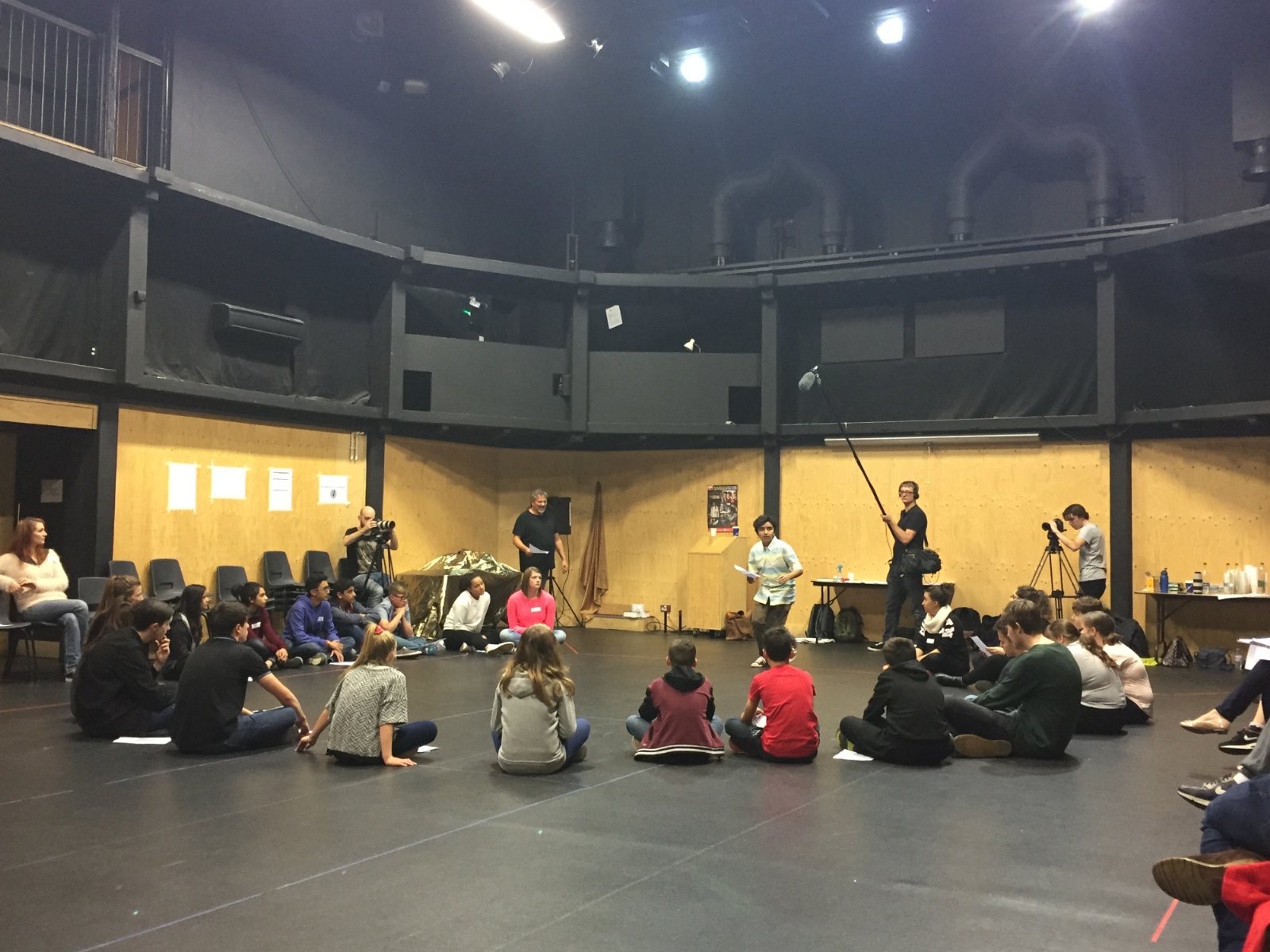 The RSC LPN has provided countless opportunities for our students and has made a deep impact on the attitudes towards Shakespeare in the school. Post-pandemic, we will carry the RSC’s vision, values and attitudes to performance with us in our teaching of Drama and English Literature. Shakespeare’s work holds a crucial place in our curriculum; we are proud our students respect, value and enjoy exploring “the bard” and all his contributions to the literary canon.