On the 22nd January 2018, we arrived in Stratford-Upon-Avon to begin our work with the RSC. Around 40 young people from all over the country had come to the RSC to create a performance of Act 1 Scene 2 of William Shakespeare’s Twelfth Night. We had all chosen a department to work in and would all be responsible for different aspects of the show, including stage management, prop and costume, lighting and sound, front of house, and even marketing. We had two professional RSC actors at hand to perform the scene for us, Esh Alladi and Eloise Secker.

I was part of the digital department and got to work with two video experts at the RSC. We were tasked with creating video projections that would be displayed on the set during the performance. We had two projectors: one projecting onto the floor and another that projected onto a structure upstage. I got to see the full process of creating these projections, from consulting the lead designer to creating the videos and finally mapping them onto the projectors. We worked closely with the lighting and sound departments to time and combine our effects, creating an immersive atmosphere for the audience. I got see all kinds of exciting video effects projected onto the set, such as lighting strikes, huge waves and neon lighting.

As well as this, we went on a number of tours and workshops around the Royal Shakespeare Theatre (RST) and the Swan theatre, one of my favourites being the technical tour of the RST. Above the stage was a maze of catwalks, booths and control rooms, with hundreds of lights and speakers. We also had a demonstration of the automated parts of the stage. These included trap doors, moving sets and stage shutters.

My favourite part of the experience was working backstage during the real performance. I was able to use specialist software and a backstage communications system to communicate with the lighting and sound teams and co-ordinate our cues. This gave me a good insight into what goes on backstage. There is a tremendous amount of work that goes on behind the scenes that the audience may never know about, and this made me realise that there is much more to theatre than just acting. Professional theatre can require a whole range of people with different expertise, all working and collaborating to create an entertaining show. Working with the professionals at the RSC really enhanced my learning skills and greatly boosted my confidence. Everyone involved felt proud that they had contributed to what was a fantastic scene. I thank the RSC for the amazing opportunity and hope that more people get to experience what I did.

Being invited to spend four days in Stratford-Upon-Avon with the Royal Shakespeare Company was definitely something I had always wanted to do, leaving me both extremely excited and nervous. I've felt intrigued with the backstage work behind a performance ever since primary school, especially when it came to the set, costume and make up (which is why I picked to work with the scenic arts department for the week). There were so many new things that I learned with my experience, like how to add texture with different media, how many layers and work go to a piece of set (even if it sometimes isn't used) and how closely the props department worked with us to put on the performance at the end of the week.

As a group of 40 we were split into nine different departments to put on Act 1 Scene 2 of Twelfth Night. Artistic Director, Liam Bunster, gave us his ideas and visions of how he wanted the final product to look, which was a vintage/worn-out pier with remains of a shipwreck. I was in charge of replicating a small reference of a lifebuoy into a bigger scale model, which meant I had to sand down, re-paint and add texture to make it look older and used. I also contributed to the texture and colour added to the groynes that were scattered across the traverse stage, which not only had to look realistic, but also had to be stable for actors Esh Alladi and Eloise Secker to lean and/or stand on.

Apart from all the fantastic work I was able to contribute to, once the scenic arts department had completed their work by the second day, we were able to sit on the side and watch Director, Robin Belfield, work with the actors as well as assist with the technical and dress rehearsals. We witnessed the different departments coming together for the final product, before watching the full performance of Twelfth Night at the RST Thursday night, where we found a completely different interpretation of the story that we had worked on.

Then came the day of our performance, where the scenic arts department had more free time on their hands than the others, which gave me the chance to play Monopoly and Uno with Intermission's Darren Raymond and Miss Moore, which was extremely amusing. I also loved how the marketing team were able to bring the characters from the performance the night before to come and watch our scene, we had a chat with some of the characters, took some pictures and even had Michael Cochrane (playing Sir Andrew Aguecheek) sitting next to us.

The performance was extraordinary and we all noticed how everyone's work shone through, making the goodbyes and journey home feel just like post-show blues, although I didn’t leave without taking a selfie with our Director and Eloise Secker . I couldn’t thank our school and RSC Education enough for the experience we were allowed to take part in and becoming official Shakespeare Ambassadors, which I couldn’t be prouder of. I hope to continue having opportunities like these and that other students get to go on this adventure and witness the backstage magic behind the RSC's esteemed performances. 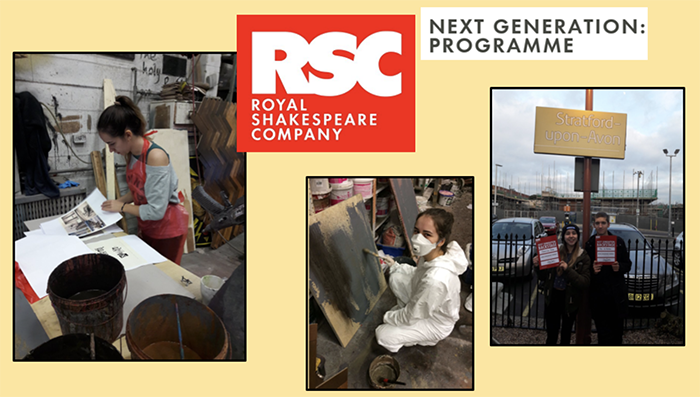 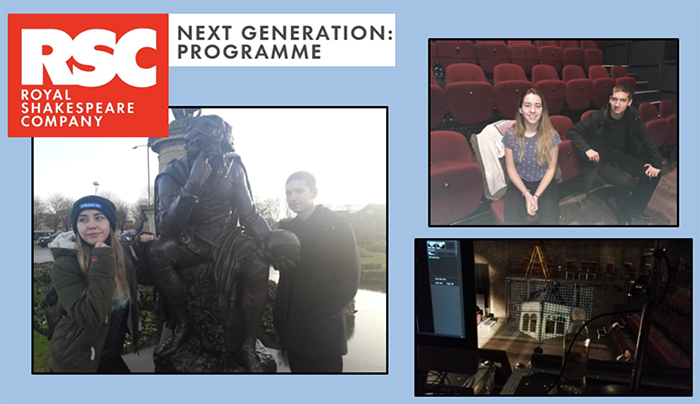 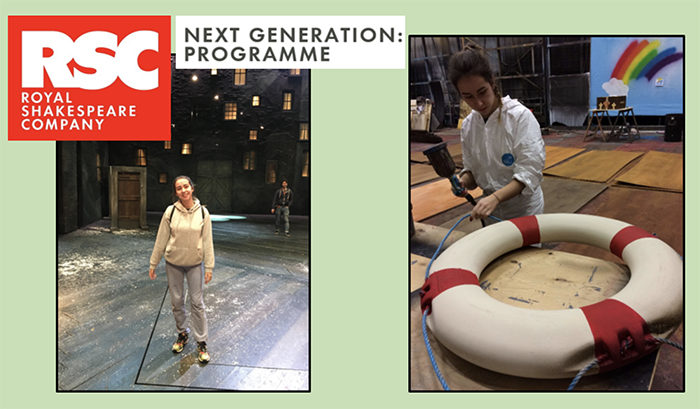 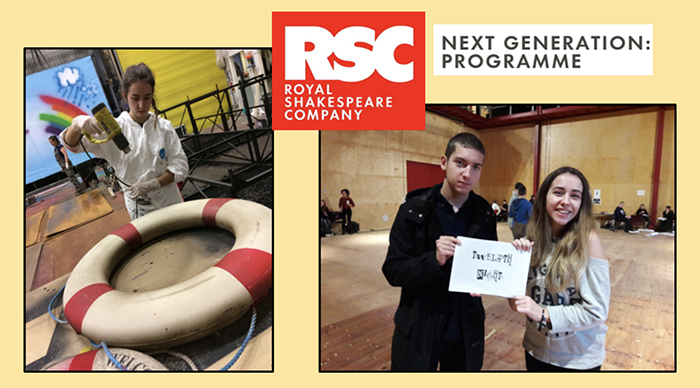